Here’s what makes Skandhanshi Golden Gate an ideal investment for you. 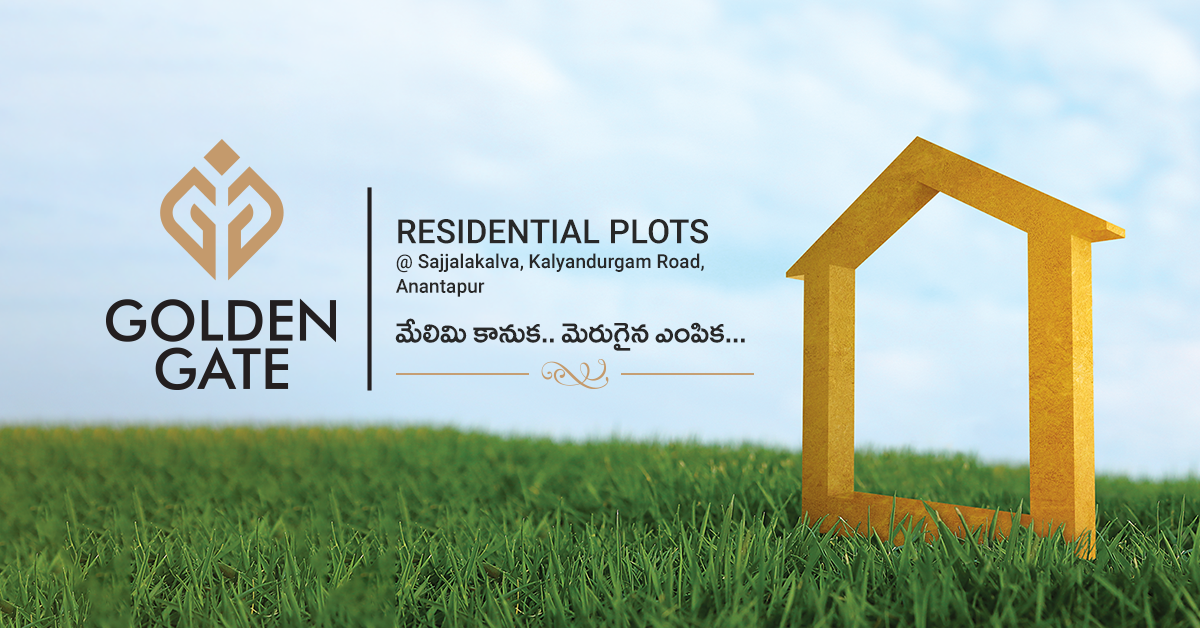 Here’s what makes Golden Gate an ideal investment for you.

Ever since human civilisation has evolved, investments of various forms have been a part of the journey. With the inclined ideology of securing the future wired in our thoughts, investments have been deeply rooted in establishing economic stability. Among the many choices available, land investments are gaining momentum among investors in the country.
Anantapur in Andhra Pradesh, once considered to be a barren land, is now booming with the potential for development with the strategic investments and plans laid down for the growth of the city. Kia Motors, South Korea’s giant automaker’s entrance to Anantapur, has opened the gates of economic progress with almost 3,000 direct and 7,000 indirect jobs offered, the company manufactures around 300,000 cars a year, and has drastically changed the image of this district. The strategic location of Anantapur between Chennai, Hyderabad, and Bangalore routes and the availability of vast vacant land have enabled the government to include Anantapur as the third city in the concept city strategy. The concept cities are conceptualised on the lines of smart cities with all civic amenities, futuristic public infrastructure, and technology-based administration with an aim to bring the public closer to bigger dreams. An entirely new city with industrial clusters, education, commercial, and shopping zones making investors swarm to Anantapur.

The growth of Anantapur is letting the aspirational middle class to take a step towards bolstering their financial and personal portfolio. A land of your own in the heart of futuristic developments is a dream for many which can be made a reality with Skandhanshi’s latest venture’s in Anantapur, Golden Gate. This residential plot project in Anantapur lies close to the fast-growing, most livable locale of Kalyandurg Road with amenities that address your comfort. These residential plots for sale in Anantapur are easily accessible with the well-connected transport network and lies in close proximity to Intell Engineering College, other educational institutions, hospitals, banks, supermarkets and other lifestyle services. Here’s the ideal choice for you to make the right choice that changes your future.

© Copyrights 2023 Skandhanshi. All Rights are Reserved.